Part 2 of The disappearing maunga of Ihumātao

Click here for part 1, read on for part 2 of the disappearing maunga of  Ihumātao.......

Like all of the main volcanic features in this area, Otuataua was an important historic pa site, and has also been referred to as Ihumatao Pa. It consisted of an approximately 60m high scoria cone, flanked on the south side by ash deposits, while towards the coast lava flows containing caves extended towards the shores of the Manukau. Lava caves were important burial sites, and the ash and scoria mantled flats were important gardening areas. The European name of "Quarry Hill" given to Otuataua by the 1930s meant the fate of this spectacular terraced scoria cone was no doubt seen as inevitable.

What remains of Otuataua is a hollow resembling a crater surrounded by the truncated slopes of the maunga, with the remains of some terracing and shell midden deposits visible in the highly worked soil. Both Otuatau and Pukeiti and some of their surrounding geological and archaeological features have been incorporated into the OSHR. However, the area immediately adjacent to the maunga within the reserve has also been subject to quarrying, in the process destroying the historic remains of a considerable papakaianga (village). Lava caves were used as dumping sites by farmers, and have been closed off by grills to discourage dumping and public access. For now, further damage directly to the cone and its associated features has been halted, but further damage to the integrity of the landscape is inevitable should the housing development on the northern lower slopes of Otuataua outside the boundaries of the reserve go ahead.

Puketaapapatanga a Hape "The flat resting place of Hape", or Pukeiti "the little hill".
Both the names in common usage for this maunga, Pukeiti and Puketaapapa, speak to the geological nature of this feature, and the spiritual importance of the maunga for local iwi and hapu. According to legend this is where Hape (Tāmaki-Makaurau's founding ancestor) first rested after ariving in Aotearoa on the back of a stingray, before the arrival of the waka he had been forbidden from riding in. The saucer shaped crater, as opposed to the more steep-sloped and deep craters typical of scoria cones certainly suggest a resting place with a panoramic view over the harbour and surrounding land. The cone is now incorporated into the OSHR, and the summit and crater are considered tapu, because of the importance of this maunga in the foundation story of the people that came to populate this area.

Pukeiti, or "little hill", is an equally appropriate name for the maunga, as it is the smallest volcanic cone in the AVF. Also unusual is the style of eruption forming this feature. Unlike a vent erupting highly gaseous lava through a process known as fire-fountaining which produces familiar steep-sided scoria cones, this appears to have been a small vent splattering lava with very little gas content, thereby forming the small distinctly shaped cone. Some lava flows also erupted from Pukeiti, which can be seen in the OSHR where they form the hummocky topography between the maunga and the foreshore. Lava caves are also a feature, and they were widely utilised as burial chambers, or places of refuge during warfare. Where part of the cone has been removed, one can see outcrops of slaggy globular basalt welded together to form the cone.

Quarrying commenced in the late 1920's, and has removed approximately half of the cone, but left the crater and many associated features intact. These have been incorporated into the OSHR. However, one significant cave colloquially known as "rubbish cave" due to its use as a rubbish dump as part of farm activities, remains outside of the boundaries of the reserve, and is part of the block of land proposed as the site for the housing development. While the upper slopes of the maunga are protected within the OSHR, the northern lower slopes could be lost beneath a high density housing development, and the integral connection between this sacred maunga and the people who whakapapa to it disturbed. In addition, it is presently unknown what may lie beneath the ground, but given the connection of this block of land to nearby pa, it would be reasonable to suggest it was well utilised, and midden have been found in the area confirming this. In addition, it could be argued that while this is one of the most relatively intact volcanic features remaining in the area, disfiguring its lower slopes with housing is an action that belongs in a past when it was considered acceptable to see them as nothing more than an economic resource of construction materials.

Waitomokia and Puketutu are both similar in that while they were each formed at a single  eruption centre, multiple events and an evolving eruption style resulted in the volcanic complexes that formed these unique and beautiful features of the landscape. Eruptions are believed to have started with an initial phase whereby hot magma interacted with water laden sediments to produce a wide and shallow explosion crater surrounded by a tuff ring. This type of eruption is called phreatomagmatic, and was common to many of the eruptions in this area as the original topography was very close to sea level, or magma erupted through groundwater laden sediments. Some small remains of a similar large explosion crater and tuff ring can be seen on Puketutu, but the subsequent series of eruptions forming the lava flows and scoria cones all but smothered this earlier feature.

At Waitomokia, through a process called vent migration, other smaller craters were opened up on the original crater rim, and within the larger explosion crater. As the groundwater dried out the eruption evolved into a purely magmatic eruption, which over time built the three distinctive scoria cones, only one of which had a crater. Since the eruption the original explosion crater became infilled and swampy, and swamp also came to partly fill the crater of the largest cone. A volcanic feature such as this complex, left in its entirety would provide a wealth of information enabling better understanding of eruption dynamics and volcanic processes. Unfortunately, once industrialisation began to take place in this area, these volcanoes met a similar fate to others of the area, where they were either viewed as a source of construction material or a physical hindrance to industrial development deemed neccessary and unavoidable. Nonetheless, within the maze of industrial development that has smothered the area where Waitomokia once stood, clues to the volcanic processes that took place here thousands of years ago can be found, and research continues to focus on valuable information these outcrops can provide. Of the three remarkable cones that once stood proud above the surrounding swamps, we only have pictures and memories to show what has been lost forever.

Puketutu was unique as an island volcano in the Manukau, featuring a diverse combination of volcanic landforms and features, including a spectacular complex of scoria cones, mounds, and hills. The most prominent hill lends the island its name Puketutu, meaning pinnacle hill. Volcanic bombs and blocks were widely used to form shelter walls and demarcation of gardening sites, which were readily visible till many of them were destroyed to make way for farming activities. This was an important settlement in its own right, relatively accessible from the mainland over a shell bank exposed at low tide, which in time came to be supplanted by a causeway. Despite encroachment of farming activities on some archaeological sites, features of the island remained relatively intact, until the  island was earmarked as a suitable source of construction material for the Manukau Sewage Scheme, and new Auckland International Airport, and by the mid 60's the fate of this geological and cultural jewel in the Manukau was sealed. The tidal waters circulating Puketutu were disrupted by the construction of sewage settling ponds, further disrupting the ecology and mauri of the island. In the present day, only one cone remains, the rest destroyed by qaurrying, with an industrial composting site occupying the island. Decommissioning of the sewage ponds has opened up the waters once again, yet the island itself still faces threats, with a proposal being considered to use the island as a site for disposal of bio-wastes. The following pictures, and description of Puketutu, by geologist E. J. Searle describe the almost magical landscape that was Puketutu Island, and the rapidity with which the precious geological and cultural features of the island came to be destroyed.


"Puketutu (Weeks Island), a volcanic island joined to the main-land by a causeway, is rich in Maori history; it is privately owned and its volcanic features have been well cared for. In structure it is like a miniature Three Kings but so far is unspoiled and beautiful. It would be a tragedy should it ever be permitted to suffer the same despoilation and mutilation as the Kings. Here is a volcano complex in detail, beautiful in form, and with everything on a fascinatingly small scale - rather like a Japanese garden.

Early explosive eruptions formed a large crater on Puketutu and a widespread tuff cone but later acvtivity destroyed all but three remnants of the encircling rim. The centre of the island is a cluster of coalescing cones with the sequence of formation showing in the piling up of cones in lower craters. There are smooth-walled scoria cones and peaks of jumbled lava blocks, small entire craters and horseshoe craters that fed lava flows. Yet none of the peaks rises to more than 200 feet above sea level. Lava flows surged out between the remnants of the original tuff cone and filled the moat between scoria cones and tuff ring in some sections. A small lava field was built and now surronds the island except where wedges of tuff separate flows. Wise development has formed pasture on the tuff wedges and scoria cones, and thousands of trees have been planted on rough lava flows and rocky peaks, giving the whole an air of gracious parkland. May Puketutu long continue to be one of Auckland's beauty spots. *

*It is sad to note, while revising this script, that despoilation of this lovely island is already under way. In the last few weeks qexcavations of large quantities of scoria  for use on the runways of Mangere Airport, at present under construction, have bitten deeply into the heart of the island. One small cone has already gone completely and the dominating peak on which was sited the ancient Maori fortification of Puketutu has been destroyed and soon will be levelled to its base. No doubt attempts will be made to heal the scars and cover the ugly wounds but the effects of man's rude surgery cannot be obliterated. It is perhaps inevitable that twentieth century man should value a flat strip of concrete more than the charming but 'useless' hills with which nature so lavishly adorned the city."  Source: E. J. Searle (1964).  City of Volcanoes. A geology of Auckland.

ilmars Gravis
Kia Ora, welcome to Aotearoa Rocks, brought to you from beautiful Ōpōtiki in the Eastern Bay of Plenty, my new home after many happy years living in Mangere Bridge, South Auckland. Living beneath one of Auckland's many wonderful volcanoes, Te Pane o Mataoho Mangere Mountain, really brought the stories of the land alive for me while studying Earth Sciences and Environmental Science at Massey University. I'm very excited to be living in the Eastern Bay of Plenty, with its rich geology, archaeology, and environment. This blog not only explores geological history, it explores human history, and looks to the future of these environmentally fragile islands that are our home. I hope you enjoy visiting me here and choose to follow my facebook page Mangere Bridge Rocks https://www.facebook.com/mangerebridgerocks/ and Aotearoa Rocks blog for regular updates about this wonderfully diverse and rich country, it's geology, ecology, environment, history, and people. .

Unless otherwise specified all illustrations and photographs copyright of the credited source. Please use appropriate credit if re-publishing. Contact rocks@geosights.co.nz 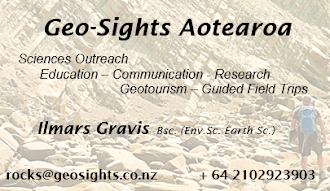 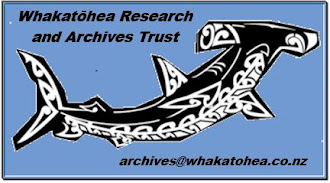